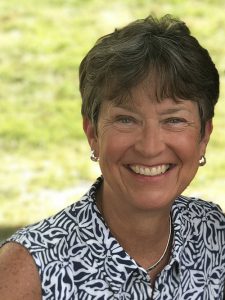 Edith A. Copley, Special Guest Director is a regents’ professor emeritus at Northern Arizona University in Flagstaff where she served as director of choral studies from 1993-2021.  She conducted the highly acclaimed Shrine of the Ages Choir and taught undergraduate and graduate courses in conducting and graduate choral literature.  The Shrine of the Ages Choir performed at state, regional and national conferences of the American Choral Directors Association and the National Association for Music Education.  NAU choral ensembles under her direction also toured internationally to Western Europe, the Peoples Republic of China, Australia, New Zealand, South Africa, Bulgaria, Istanbul, Estonia, and Latvia.

Prior to her NAU appointment, Dr. Copley taught secondary choral music for seven years in the Midwest and four years overseas at the American International School in Vienna, Austria.  While completing her doctoral degree in choral conducting at the College Conservatory of Music in Cincinnati, she served as the assistant and interim principal conductor of the May Festival Chorus, one of the oldest symphony choruses in the nation that regularly performs with the Cincinnati Symphony Orchestra and Cincinnati Pops.

Dr. Copley is an active member of NAfME and a life member of ACDA. She has served in many ACDA leadership roles, including president of the western region, president of Arizona ACDA, state and regional newsletter editor, and interest session chair for the 2011, 2019, and 2021 national conferences.  She is currently ACDA national president-elect.

Dr. Copley has her own choral series with Santa Barbara Music Publications and is in high demand as a conference clinician, festival adjudicator, and guest conductor in the US and abroad.  She has conducted all-state choirs in over 30 states, and choral festivals in the Walt Disney Concert Hall in LA, Orchestra Hall in Chicago, Davies Symphony Hall in San Francisco, Strathmore Music Center in Maryland, and Carnegie Hall.  She conducted the ACDA National Mixed Honor Choir in Dallas in 2013 and the NAfME All-National Mixed Honor Choir in the Grand Ole Opry in Nashville in 2014.  Dr. Copley also has conducted international choral festivals in Germany, the Netherlands, Tasmania, Japan, Luxembourg, Australia, China, Turkey, England, Poland, Oman, Austria, and will conduct a festival in Paris in 2024.